One big memory card, or multiples? 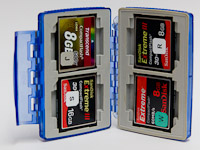 Some photographers prefer to use many “small” memory cards in their cameras (“small” these days is probably 4 GB!) whereas some photographers are happier using cards as large as they can afford. There are many reasons for each approach, some of which should be obvious to everyone and some of which become obvious with the benefit of experience.

I’m sure there are many arguments each way, but here are a few:

The above are all factors that many people do consider, but I was reminded today of another example of a risk which we easily forget. I mentioned above that cards are robust and it’s rare for them to fail “by themselves”. I’ve only had this happen to me once: a cheap SD card that split into two. It still worked and I didn’t lose any files, but it was annoying. I do know photographers who’ve had a card physically fail, but actually in those cases the manufacturers helped them recover their files.
But there are other reasons we have to stop using a card, and it might not be the card’s fault…

During an expedition onto Antarctica’s volcanic Deception Island (on one of the LuminOdyssey photo trips) we were enveloped in a blizzard. Rugged up against the elements, I trudged through the snow and made many photographs as we went (with the wind at my back the snow didn’t hit the front of my lens). After an hour or so I found myself inside the decaying ruins of Biscoe House, an old British base building. I set my camera up on the tripod, and headed to the menus to enable auto-bracketing for an HDR. However it didn’t turn out that way. Somehow I ended up in the Format menu (the last menu that had been used), and in my hurry to cancel out of that I managed to press OK (which proceeded to format the card). It could have been the gloves on my hands, the beads of snow and water on the back of the rain cover on the camera obscuring my vision, the cold, my general excitement/exhaustion in the adventure, (or more probably all of the above) but the result was a second of panic as the reality of the situation sunk in. I’d just formatted many exposures which I was never going to have a chance to repeat. 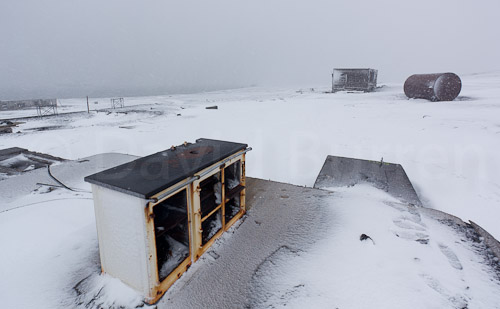 But recovering from the problem turned out to be simple. I removed the card and placed it upside down in my card carrier (my usual marker that it’s not to be re-used), put in a fresh card, and kept on shooting. When I eventually got back to the ship I used DataRescue software on my laptop to recover all the images from the card (formatting doesn’t actually wipe the photo data, and the right software can resurrect it). But that would only have a chance of recovering everything if I hadn’t written anything new to the card. If I had headed out with a single huge card in the camera I would have been faced with the choice of either losing the previous photos or putting my camera away until I got back to the ship: neither would have been attractive options. Imagine if I was using one huge card for an entire trip’s photos! 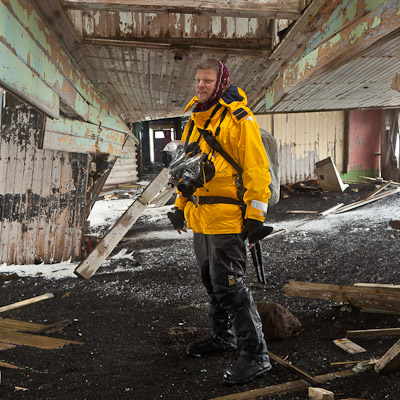 In fact I usually take a few of my older 4 GB cards on workshop trips: I usually end up loaning at least one to a participant.

So if you can cope with carrying the extra cards, and are able to change cards occasionally during shoots, there are a variety of advantages to avoiding the “one big card” syndrome. In my own work up until now I’ve found a set of 8 GB and 16 GB cards to be a useful compromise, allowing me enough storage even for busy wildlife shoots (as long as I get to backup and empty the cards several times a day) and have so far resisted the siren call of larger cards. Depending on your camera’s file size and your shooting style, you may settle on different sizes.