David Burren July 7, 2011 March 5, 2016
I wrote recently about the perils of fancy RAID image/file storage. Two of the issues I highlighted were:

I was referring in that article to portable RAID devices for use in the field, but the same does apply to devices used in the office, and I was reminded of this earlier in 2011.

On my return home from a long expedition I found that a RAID fileserver on my local network was off. This device (a ReadyNAS NV+ with 3 TB of useable space) has been on the network for quite a few years now, with the four hard drives inside gradually upgraded over time (from an initial 1 TB). But it wouldn’t turn on again, no matter what I did. It was protected by a UPS (battery-backed power supply) from any nasty power spikes, and every nine months or so we shut it down and remove the covers and all the drives in order to blow out the inevitable dust that builds up (heat build-up due to this is a big killer of computing hardware) so the cause was a bit of mystery.

It turned out that the power supply module in the chassis had failed and needed replacing. Unfortunately this is a custom part that uses a different connector to any other known power supply. Without the power supply all the data on those disks (almost 2 TB worth) was inaccessible. Connecting the drives to standard SATA interfaces would not yield useful data, as the RAID formatting could only be accessed via a ReadyNAS. I either needed to get a new power supply, or another NV+ (costing almost $500) to put the drives into. But the retailers that sell ReadyNAS units don’t sell spare parts for them.

Getting a replacement power supply was complicated a bit by the fact that although the NV+ is a relatively current device, I bought this one before the manufacturer (Infrant) was swallowed up by Netgear. Emails and calls to Netgear’s support people (on the other side of the globe to me) to track down a replacement spent some time bogged down in conversations telling me that my device’s serial number was invalid! But in the end Netgear sent a replacement power supply free of charge, and the NV+ (and data) came back to life.

We were without access to that data for several weeks, but luckily (?) this fileserver is mainly our local repository for music and recorded TV. It does have some other data on it too, but nothing business-critical. The biggest problem I faced was complaints from the family about not being able to access the TV episodes that had been recorded!

I’m not saying that you shouldn’t put important data on a RAID device, but keep in mind that you may be introducing a new “single point of failure” when you’re trying to protect against hard drive failures. Do keep multiple copies of your data on different devices so you can still access it when something goes wrong, and when setting up a RAID device (be it a ReadyNAS, a Drobo, or anything else) do check into the availability and cost of replacement parts.

I’ll stop harping on this topic for now! 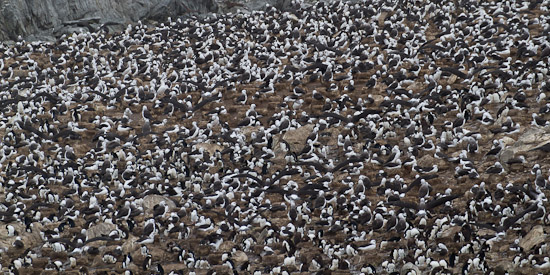 Where did I put that backup Albatross?