David Burren July 6, 2011 July 6, 2011
We’re going to be heading off to the Arctic soon, so when my MacBook Pro’s audio started misbehaving (internal speakers would not work as the system was stuck on using digital audio output) I got a bit nervous. A web search indicated that the problem I was having might be a motherboard problem, so I figured I’d better get it fixed ASAP. The last thing I want is for my computer to develop more-serious problems when I’m thousands of kilometres from tech support and in the middle of generating and processing gigabytes of photographs and video. I do have enough redundancies in place that I would survive, but the loss of my laptop would involve compromises I’m happier not having to deal with.

So this post is the story of the repair process. It demonstrates some of my IT setup with backups and redundancy, which is why I decided to share it with you.

Conveniently for me there’s an Apple Store with Genius Bar and service centre in Doncaster, not far from my home. So I made an appointment, made sure my backups were up to date, and dropped in to get an official diagnosis. They soon decided that yes it would require the logic board to be replaced, they had the parts in stock, and it was covered under warranty. But it would mean I’d be without my machine for “3-5 days”. This machine is my main computer, and while I can do some things without it (thanks to my iPhone) being without it for that amount of time would put a significant kink in my productivity. I also had a presentation coming up which I was planning to run out of my Lightroom library. I took the MacBook Pro home, having booked the service to start when I dropped it in over the coming days.

This machine (a 2010 15″ Core i7 model with 8 GB RAM) has had its DVD drive removed to an external USB chassis, and replaced with a second hard drive via an OptiBay. So it has a combination of a 500 GB and a 750 GB drive, giving me enough storage for extended standalone work trips. But if I transferred the drives to external Firewire cases I could use them to boot this or any other Mac (within reason) and have my environment running while the MacBook Pro was being serviced. In my office an older iMac could be taken away from its jobs of recording TV and handling one of the printers, and for the upcoming presentation I could borrow a laptop for the evening. This level of flexibility is one of the things I like about the Mac platform (and one of the reasons I’ve held on to the iMac). 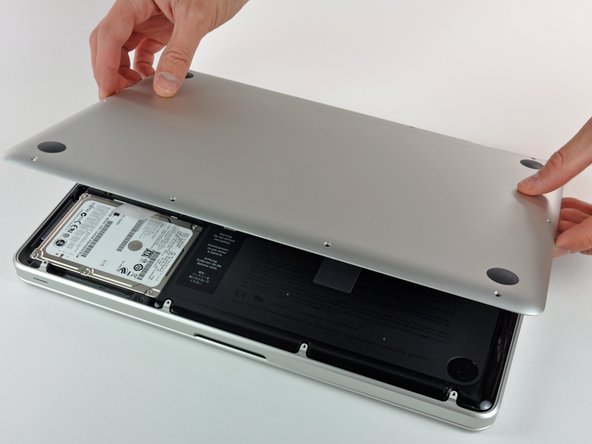 I opened up the machine and removed the hard drives, swapping them with the drives from two external drive cases (which I had recently emptied and happened to be sitting on the shelf). The “new” drives were smaller in capacity, but that wasn’t important. This does require some care and the right tools, but the repair guides at iFixit.com help a lot. My background in computers and camera repair do also give me a lot of confidence in delving “inside the box”. Incidentally, I carry the appropriate tools for this when travelling, just in case something goes wrong with a hard drive.

It only took about half an hour to install bare-bones OS X onto the MacBook Pro’s new boot drive and check that it still exhibited the audio problem (the Apple folk had in fact already booted off a USB test drive and reproduced the problem to check that it wasn’t a software issue). So it was ready to head off for service, and I dropped it in to Apple at about 3pm. 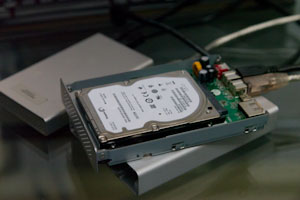 Back in my office I was running along on the iMac. Mind you, this iMac is a lowly 2006 20″ Core 2 Duo model with only 3 GB RAM, so it definitely wasn’t going to be the same as running on the MacBook Pro. But with a simple Firewire 400-to-800 converter cable it was able to access all my external storage, and everything ran as expected. I hooked up the 24″ monitor that’s usually connected to the MacBook Pro, so I still had two monitors with lots of space to work in.

I didn’t try to run any Adobe Creative Suite tools (they might have complained about not being activated on this machine and gone into trial mode, although that could be fixed) although I did run Lightroom. It’s been a while since I ran a large Lightroom catalog on a machine this small, and I was seriously impressed at how well the latest version of Lightroom ran. My main catalog has over 113,000 images in it, and upon a request from a client I had no trouble finding a portrait from last year (I’m glad I’d keyworded all the corporate mugshots!) and exporting JPEGs to send to them. The machine did slow down as the RAM filled up, but it wasn’t unbearable for the limited work I was asking it to do.

And then at about 5:30pm I got a call from Apple saying my MacBook Pro was finished and would be ready for pickup in the morning! So much for “3-5 days”: it’s nice when they under-promise and over-deliver.

The next day I picked up the laptop and transferred the hard drives back into it. Apple had reset the motherboard’s serial number so most software will recognise it’s the same machine as before, but the MAC address of the Ethernet port has changed. This address is used by Apple’s own Time Machine to identify the backup drive associated with this machine (why don’t they use the serial number?) but Snow Leopard simply asked if I wanted to re-associate the drive with this machine, and we were good to go! Note that I didn’t hook up the Time Machine volume to the iMac as I wanted to avoid this issue.

All-in-all it was a remarkably painless process, and I’m quite happy with the level of support I’m getting from Apple. And I’ve got one less thing to worry about on my way to Svalbard!