When critiquing images for my photography students, one of the details I often pick up on is when an image is tilted, even by a fraction of a degree. While most of them realise that it’s mainly a matter of practice (I’ve overheard comments in the classroom about “[expletive] landscape photographers”) there’s always someone who doesn’t think it matters.

So here’s a summary of my thoughts on the matter, with a couple of examples thrown in for good measure!

Why is it important?

Even if the tilt is only slight, some of your audience will probably feel that “something’s off”. In some photographs the intention is to indicate a sense of unease, and a slight tilt can contribute to this. But if that’s not your intention, my recommendation is to get your images level!
Of course, if you’re trying some photos in a style where you want it obvious that they’re tilted, they should be obviously tilted. I’m not here to tell anyone they can’t use tilts at all.

What should be horizontal or vertical? 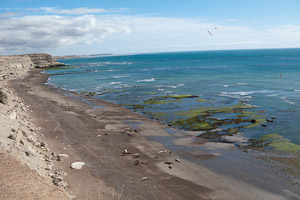 Horizons are the obvious example. If you have a picture that includes a body of water in it, the image will look strange if it’s tilted. Subconsciously or consciously, many of your viewers will be wondering why the ocean isn’t flowing downhill…

You do need to be careful to not straighten the side of a hill, the slope of a beach behind a sandpiper portrait, or the opposite shore of a river (which might be getting further away from you across the image). Having a bubble level on your camera (and checking it before you shoot!) is very useful if you’re operating with a tripod as it can avoid this problem. 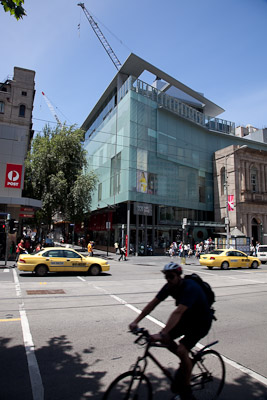 Behind the GPO, Melbourne
0.9-degree tilt to the right
The central “vertical” is the clue.

But what do you do if there isn’t a horizon or a vertical line in your picture? Do you ignore the issue? Like so much else in photography: that depends!

Sometimes there are subtle clues in an image as to which way is up. The strongest example is reflections in water. Even if there’s no horizon, if the water’s smooth it’s often obvious whether it’s level (and we do subconsciously expect water surfaces to be level). Do you know what the clue is? Reflections! 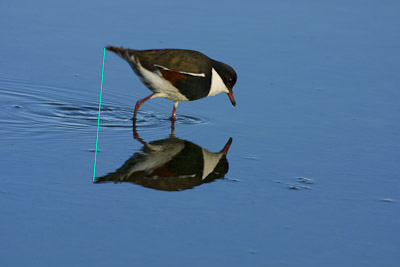 The bird and its reflection are not aligned vertically!
(green line added for illustration)

If the water’s surface is horizontal, the reflection of an object will be directly below the object itself. This makes it easy to correct tilts: draw a correction line (see further below) from the object to it’s reflection and you’re done!

But nothing’s ever simple and foolproof. Because of perspective distortion and the possibility of barrel distortion in your lens, you should be careful about drawing correction lines too far from the centre of the frame. Otherwise you might end up making one side of the image “vertical”, and the opposite side weirdly tilted.

Getting it right in-camera

Getting your photos level when you take the photo is a good start, and there are a number of tools you can use to assist you.

You can use a spirit level to get your camera level, and small ones that fit into your camera’s hotshoe are available. These work best when the camera’s on a tripod. Some tripod heads have spirit levels built-in. Some cameras such as Nikon’s D3 and D700 have a Virtual horizon function with an internal tilt sensor that provides an indicator in the viewfinder, and this even works well for handheld photographs. 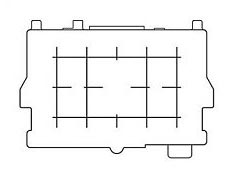 Some cameras provide a grid of fine lines superimposed in the viewfinder. Some of the Nikon models do this via an LCD function that can be turned on/off via a menu. The Canon 1-series bodies along with the 40D, 50D, 5D, and 5DmkII bodies have the option of a focussing screen with a superimposed grid. The Ef-D screen for my 40D (or the 50D) cost me only AU$34, and comes with tool and instructions for fitting. The 5D uses the Ee-D, the 5DmkII uses the Eg-D: they all work the same way. I highly recommend them!

The usual aspect ratio of the EOS cameras is 3:2. As an added benefit, with the Canon grid screens you can use some of the lines to help you compose for other aspect ratios. For instance, the outer vertical lines indicate a 4:5 ratio.

Most cameras that have a Live View function (even the Micro Four-Thirds cameras where Live View is the only thing you see in the viewfinder) have an option to superimpose a grid onto the screen (sometimes just 2 horizontal and 2 vertical lines, dividing the screen into 9).

But even if your camera provides none of these, there are usually a few things visible in the viewfinder which you can use as clues. For example you can often use an imaginary line between the outer AF points as a guide. 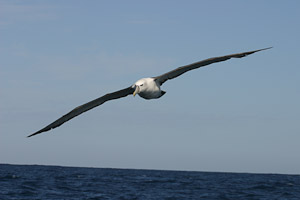 Sometimes no matter how hard you try, you just can’t get your image level. In the above example I was balancing on the rear deck of a small fishing boat, bobbing around in the swell on the Southern Ocean while I was trying to keep this Shy Albatross in focus and centered in the frame. No way was I going to be able to keep the horizon level as well!

Adobe Camera Raw (ACR) and Lightroom have straighten tools, which set a tilted crop to the image. Click-and-drag a line along something in the picture that is supposed to be either horizontal or vertical, and the software will automagically determine the right amount of tilt (if the line you draw is more than 45 degrees above horizontal, it assumes the line should be made vertical).
In Photoshop you can achieve the same result by using the Measure Tool to draw a line, then go to Rotate Canvas->Rotate Arbitrary. Photoshop will have automatically filled in the appropriate rotation to fix the tilt based on the line you’ve drawn. After which you need to use the crop tool to straighten the sides of your image.

Of course, the more you adjust the tilt the more you’ll have to crop off the edges, so getting it right in-camera is usually the best solution. But having the ability to tweak an image’s tilt easily in software is quite liberating! 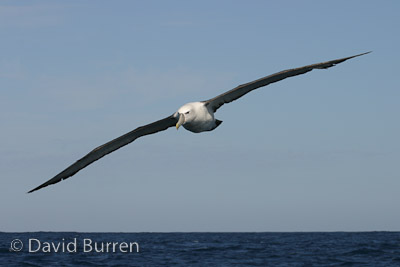 But even with all these technological aids, sometimes you just have to adjust it “by eye” until you’re happy with the result. Even a tilt of less than a third of a degree can be distracting!